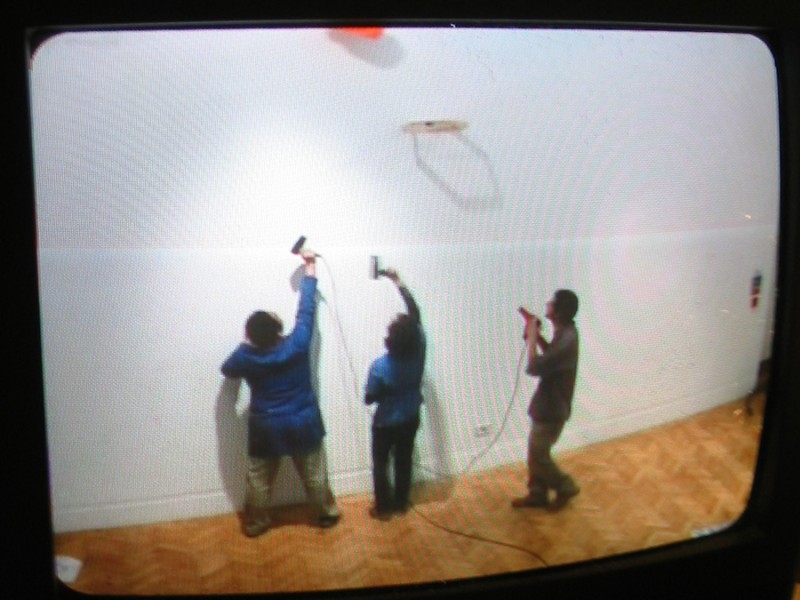 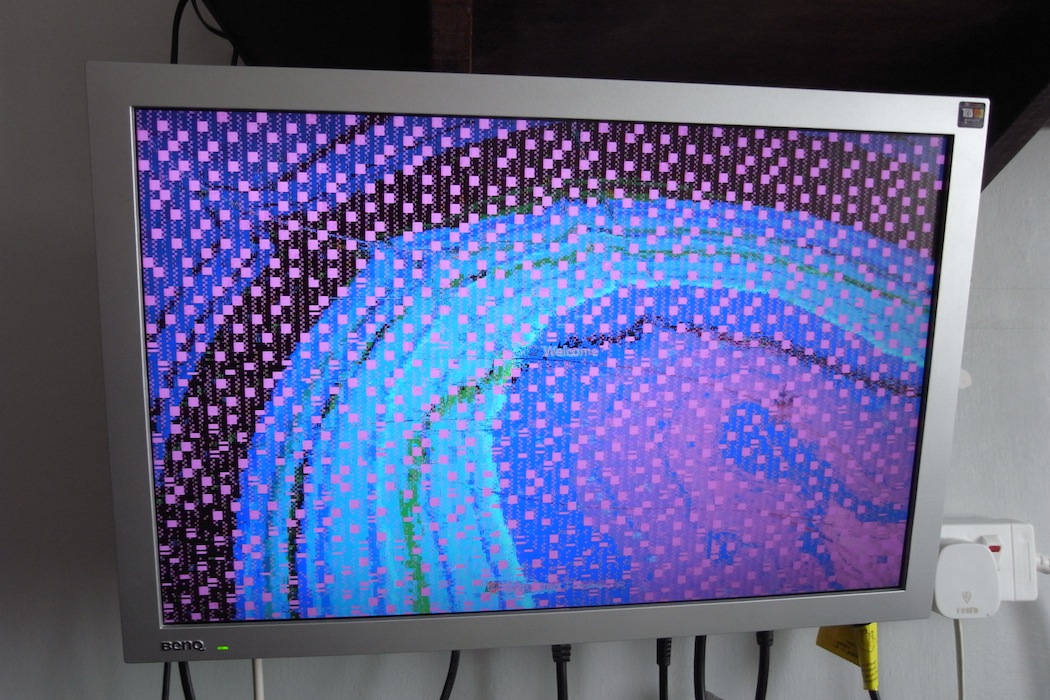 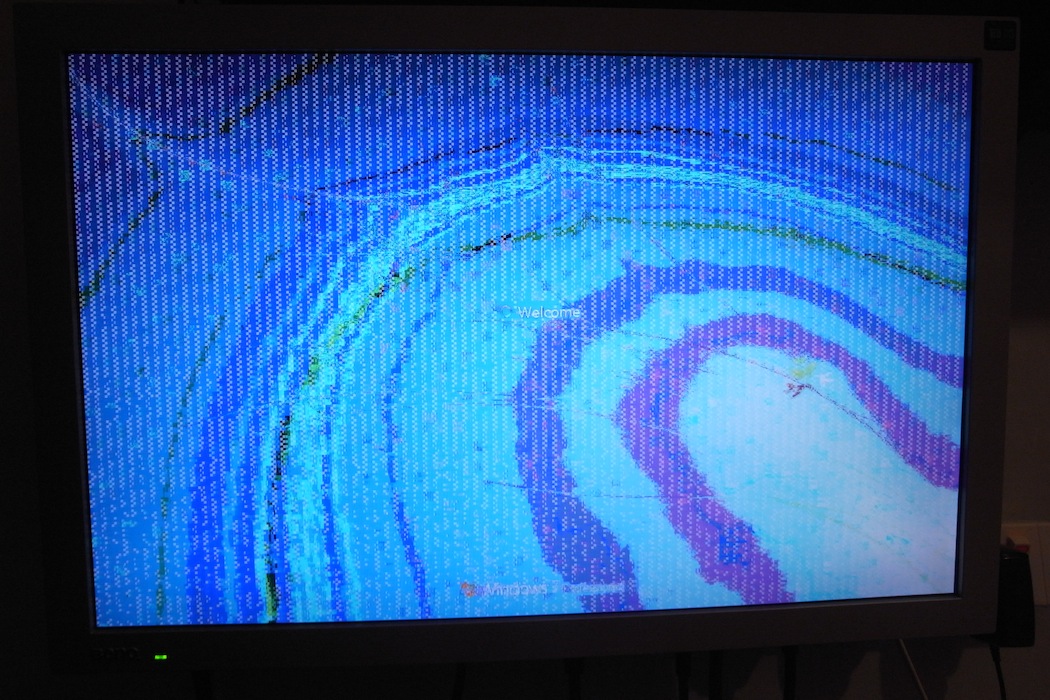 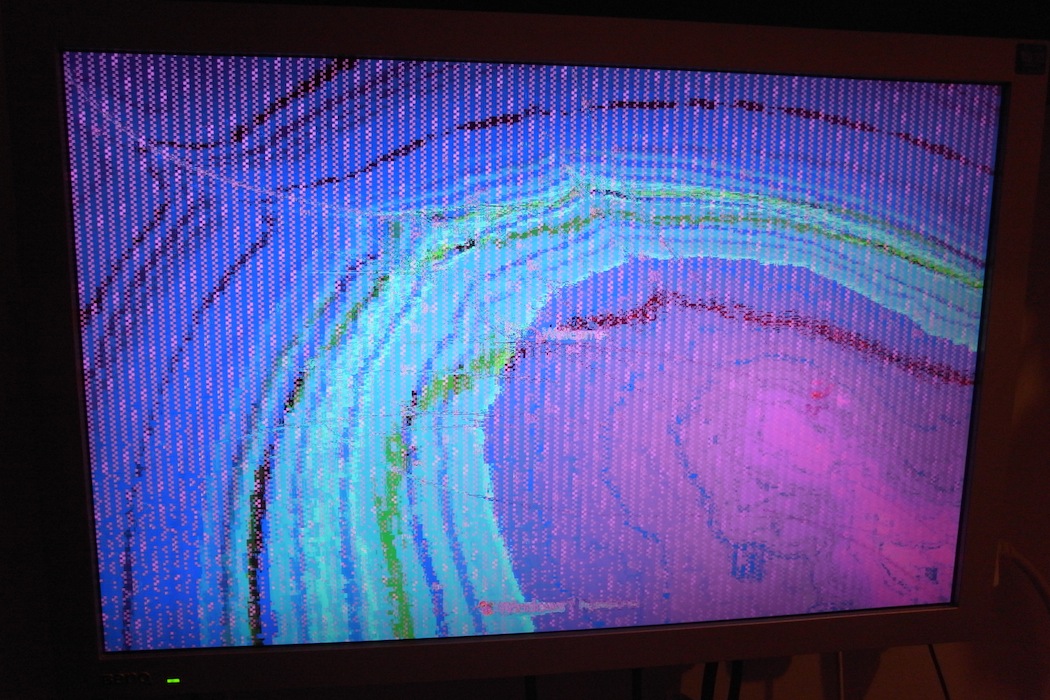 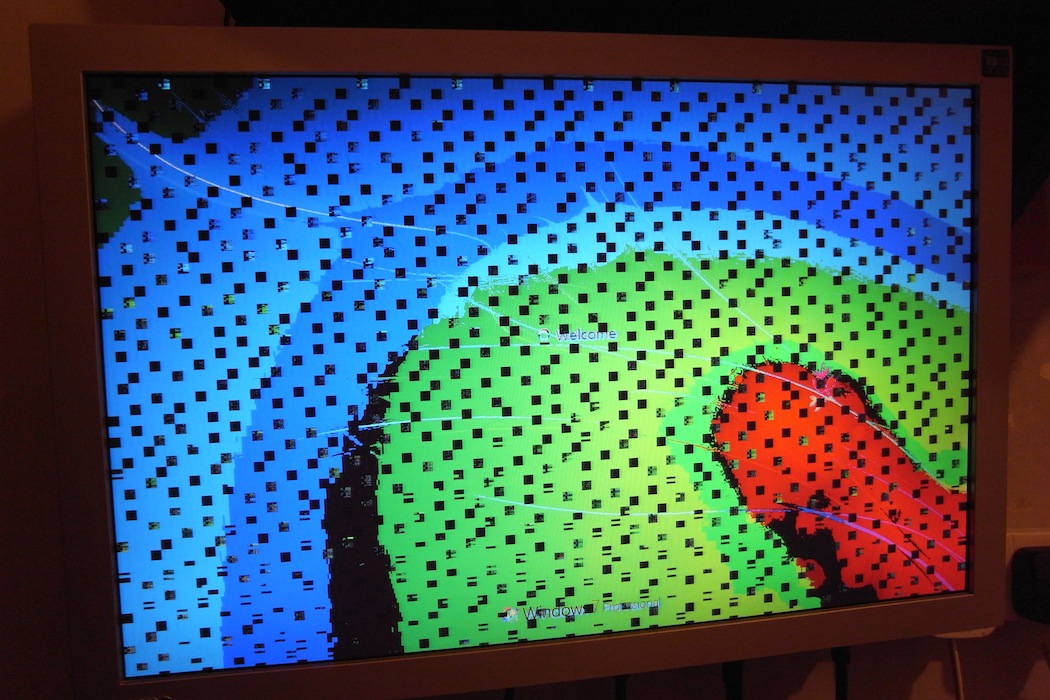 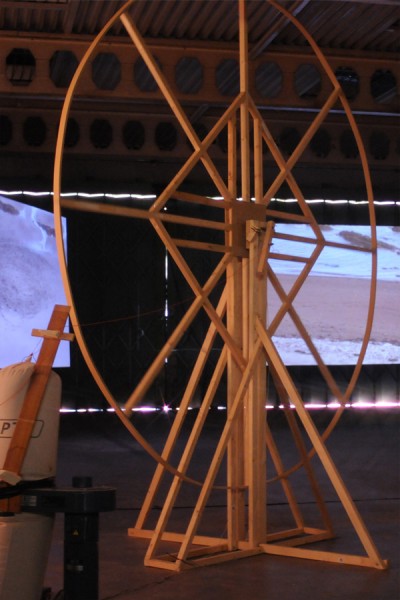 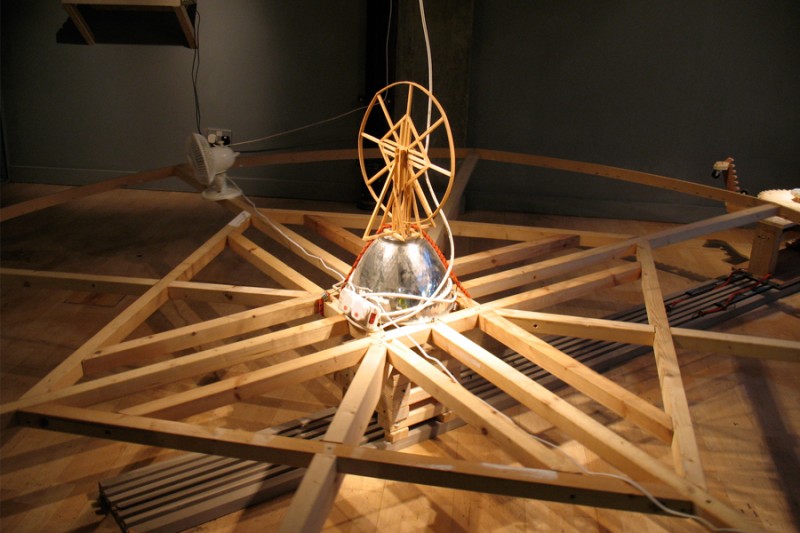 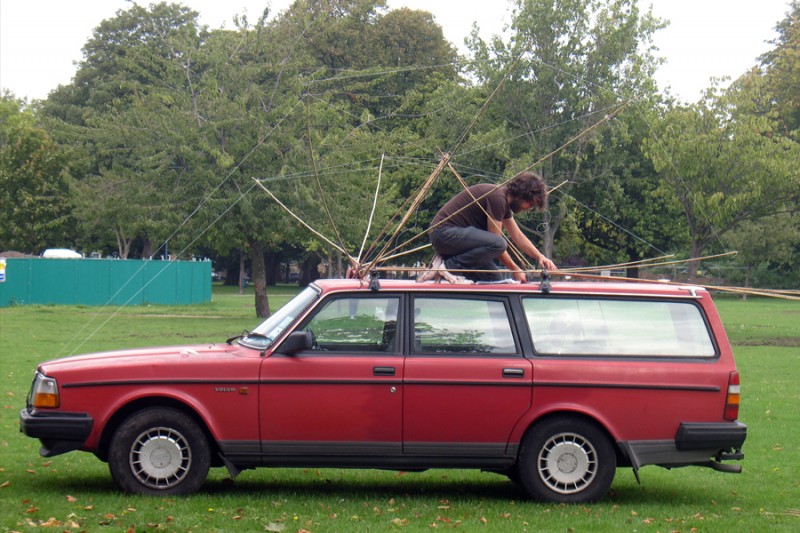 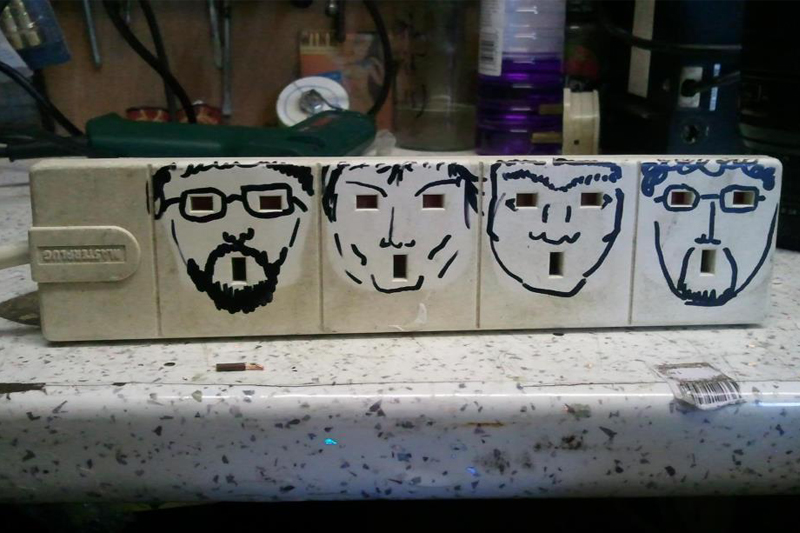 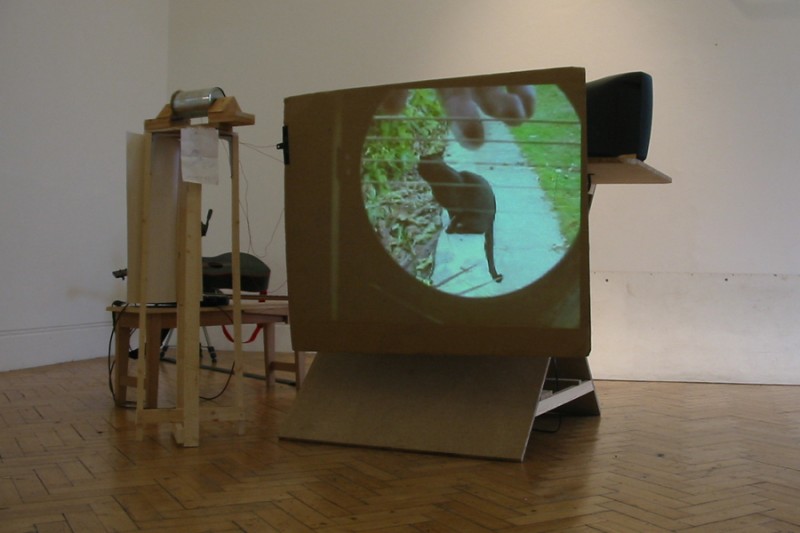 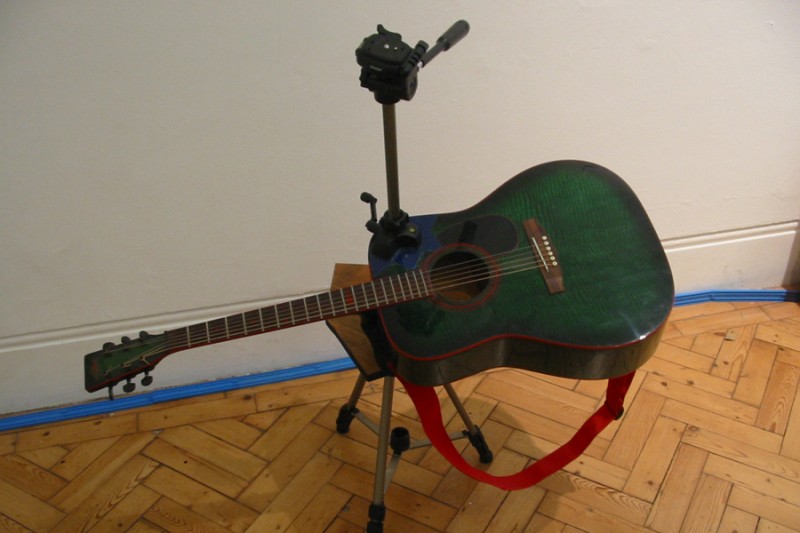 BBKP is an abbreviation of the surnames of four artists; Nathan Birchenough, Nicholas Brown, Craig Kao and Savvas Papasavva.

BBKP is a group of artists from various backgrounds who deliberately lose their individual identities in a many-pronged practice encompassing drawing, photography, woodwork, electronics and programming, in a mimicry of engineering, science and craft.

These interactions often occur in happenings, transportation or participatory workshops in which new works develop through learning and disseminating practical knowledge, within a novel environment.

Motivated by their individual curiosities, they have created a disparate body of works. Mixing their enthusiasm for political, social, historical and even medical concerns, their process of performative interactions with one another and a wider audience leads to sculptural artefacts, boats, music and cameras. Objects and tools are often built from hi and low tech materials which influence a process acutely sensitive to, but often ignoring, the character of materials. Objects are shown in performative installations in art- and non-art contexts, reconstructing myths of the process which led to their existence, and moulded by pragmatic problem solving.

BBKP's works vary from tiny photos taken with monkey nut cameras, a mechanical memento mori conjuring the memory of Fred Dibnah, Olympic rings made from toilet seats, and a giant green boot which stamped on the steps of Tate Britain. In their last major participatory project, D Eye Y (2013), they mixed works produced by members of the public with their own bespoke cameras, photographs, and videos, forcefully propelling the public as artist; within a museum of objects infused with stories of their own creation. Artefacts are shown in installations, in which they reconstruct the myths of the process which led to their existence.

Use your mouse or keyboard arrow keys to scroll left/right..